Wall Street was wringing its hands over Apple's Q1 earnings, which means it's time to buy AAPL stock.

Most analysts were unhappy with the 1% drop in iPhone unit sales from last year's December quarter, as well as Apple Inc.'s (Nasdaq: AAPL) lower-than-expected guidance for the current quarter. 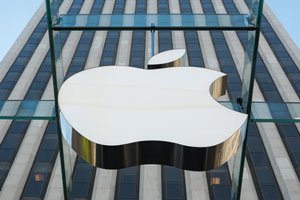 Even before the overall stock market tanked this week, AAPL stock was backpedaling. Since the company reported earnings after the market close Thursday, Apple stock is down 4.75% to about $160.

But Apple actually had an outstanding quarter. The tech giant's prospects for 2018 suggest the AAPL stock price will hit $200 in one year's time.

What is Wall Street getting wrong here? So much it boggles the mind...

Apple's Q1 Earnings Are Better Than You Were Told

Let's start with that 1% drop in iPhone unit sales. Since the iPhone is responsible for about 70% of Apple's revenue, it is understandably a focal point for Wall Street.

While Apple sold fewer iPhones in the last three months of 2017 than it did in 2016, revenue from the device rose 13% year over year. That may seem odd, but you can thank the $999 starting price of the iPhone X.

The pricey new models raised the average selling price of the iPhone segment from $695 to $796. Apple apparently sold quite a few of the iPhone X despite a lot of hand-wringing last fall by analysts complaining it was too expensive.

According to research firm Canalys, Apple sold 29 million iPhone X units in the December quarter, about 37.5% of the 77.3 million total. That's pretty impressive for a device that went on sale Nov. 1 - one month into the quarter.

But there's another, even more critical fact that Wall Street overlooked...

In the earnings conference call, CEO Tim Cook and CFO Lucas Maestri stressed that all of Apple's year-over-year numbers were better than they appeared because the 2016 Q1 included one more week of sales.

When you're Apple, that one week makes a huge difference, particularly in its Q1 - Apple's biggest of the year. One week of Q1 revenue works out to $6.79 billion, while one week of profits amounts to $1.5 billion.

To help the analysts out, Cook and Maestri gave average weekly sales for different categories to compensate for the one-week discrepancy. It allows for more of an, ahem, "apples to apples" comparison. Using that metric, iPhone sales did not fall, but were actually up 6%.

The average weekly numbers reveal that Apple's Q1 was better than reported in every category...

Apple Is Hitting on All Cylinders Now

Revenue was reported as up a respectable 13% year over year. But average revenue per week was up 21%.

Apple's fast-growing services segment had reported growth of 18% year over year, but that balloons to 27% when measured by average sales per week.

According to Maestri, revenue from wearables (which includes the Apple Watch, the new wireless AirPods, and Beats headphones) soared nearly 70% year over year - even without adjusting for one less week of sales.

In terms of earnings, Apple reported a 16% increase to $3.89 per share. That's also without adjusting for the shorter period.

As for guidance, Wall Street fell in love with its own lofty expectations. The forecasts were for revenue of $65.7 billion in the March quarter, while Apple provided guidance for $60 billion to $62 billion.

That does seem disappointing until you realize that Apple's revenue in the March quarter last year was $52.9 billion. If Apple makes the low end of its guidance, that's a solid 13.42% year-over-year increase. If it makes the high end, you're talking about a 17.2% increase for a company with annual revenue of $230 billion.

Seems pretty impressive to me, particularly when you factor in Apple's 38% gross margins.

Looking forward, Apple is set up to have a very strong year. That's why I'm giving readers my Apple stock price target for February 2019...

Why It's Not Too Late to Buy AAPL Stock