Bitcoin prices today and the prices of 96 other cryptocurrencies rebounded, and Bitcoin prices alone surged as much as $2,000 over the last 24 hours.

The global cryptocurrency market recovered roughly $89 billion thanks to positive sentiment shared Tuesday by J. Christopher Giancarlo, the chair of the CFTC. 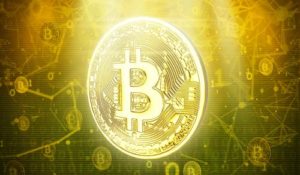 The markets had expected a much harsher stance from government agencies looking to expand their influence on the cryptocurrency markets.

Giancarlo, though, said yesterday that Bitcoin had an important function in the global markets.

"It's important to remember that if there was no Bitcoin, there would be no blockchain," he said during a hearing before the Senate Banking Committee.

In addition, the head of the U.S. Securities and Exchange Commission (SEC) said that the agency would reconsider Bitcoin ETFs if other industry rules are satisfied.

Thomas Glucksmann, an executive at the token exchange Gatecoin, predicted that the global cryptocurrency industry could soon top $1 trillion thanks to an influx of institutional money.

"Increasing regulatory recognition of cryptocurrency exchanges, the entrance of institutional capital, and major technology developments will contribute to the market's rebound and push cryptocurrency prices to all new highs this year," he told CCN.

Glucksmann predicts that Bitcoin could top $50,000 by the end of the year thanks to the highly anticipated Lightning Network.

Tyler Winklevoss said that he welcomed regulatory oversight during an interview with Bloomberg.

"Our whole thesis is that these technologies can't flourish and grow without thoughtful regulations connecting them to traditional finance," Winklevoss said.

He added in another interview with CNBC that he expects Bitcoin to be worth as much as 40 times its current valuation in the future.

Markets are still trying to determine when the United Kingdom may take action on Bitcoin.

In late January, UK Prime Minister Theresa May said that the United Kingdom could move soon "precisely because of the way they are used, particularly by criminals."

Despite the surge in prices today, the rally could be short-lived.

In a research note from Feb. 5, Goldman analyst Steve Strongin said he believes that the value of many cryptocurrencies will crater to zero in the future.

He argues that current crypto projects are "too primitive" to remain viable over the long term. In addition to high costs and long-term viability questions, he also raised concerns about hackers and other cybersecurity threats plaguing the global industry.