The Dow Jones today continues to move higher as optimistic investors cycle back into stocks amidst high volatility.

Dow futures were down as much as 284 points this morning, as European markets showed strong gains. European investors cheered a deal struck by Germany's Chancellor, Angela Merkel, to form a coalition government. This ends several months of uncertainty over the future of Europe's largest economy.

Sudden corrections can be scary and painful, and we understand that better than most. But here's why this recent sell-off is not cause for panic... 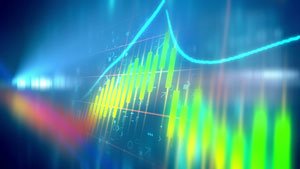