That's because he refuses to spend the mornings and afternoons chained to his computer, wasting his life away. 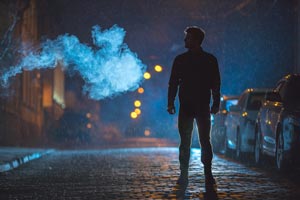 Every evening, after the sun sets, he plays his own game and makes his own rules.

That's why he's the Night Trader…

The Night Trader Is Infiltrating the Markets

As the Night Trader, Johnson calls the shots.

He hits a few keys on his computer or smartphone, executing a special type of trade that can set him up to make up to 50%, 75%, or 125%, all by the time he checks his account the next day.

Sometimes he will execute his trades at 5 p.m. before he has a steak dinner.

Other times, he makes his trades at 9 p.m. after playing a few rounds of pool.

While other people are tossing and turning in their beds, worrying about their investment portfolios, Johnson is sleeping like a baby.

He knows that when he gets around to looking at his account the next day, he might discover he's pocketed an extra $750.

And the kind of money he's making lets him live the life he chooses.

So if you're tired of playing by Wall Street's rules and getting nowhere, you will want to pay very close attention to everything you're about to see.

Johnson is going to show you how to play by your own rules and become a Night Trader, just like him…

23031 Reads
Sell These 3 REITs Before It's Too Late
We love REITs, but they aren't created equal. These three REITs shouldn't be anywhere near your portfolio.