In today's Bitcoin news, Arizona residents may soon be able to pay their taxes using the digital currency.

But more on that in a moment… 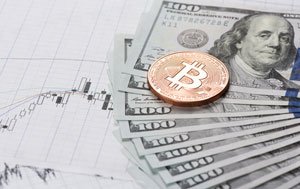 The news came the same day that the broader cryptocurrency markets recovered from weekly lows.

Bitcoin added 4.95% over the last 24 hours, pressing it back toward a market capitalization of $150 billion. Below is a recap of the top cryptocurrency prices at 2:30 p.m. EST.

Only two cryptocurrencies in the top 100 by market capitalization were in the red today. They were Bitcoin Cash (down 0.03%), and SmartCash (down 0.52%).

Pay Your Taxes with Bitcoin

The state of Arizona is trying to change the way that governments view Bitcoin and cryptocurrencies in the United States.

Arizona Rep. Jeff Weninger co-sponsored a bill that aims to streamline the way that residents pay their taxes. The bill not only allows people the option of paying their taxes in Bitcoin, but it would also officially recognize Bitcoin as a currency and not just a commodity.

Critics of the bill argue that the current tax system in place has far less risk.

The state is unlikely going to hold Bitcoin, meaning that the public would be forced to pay transaction costs to turn Bitcoin back into U.S. dollars.

The price of Bitcoin was up nearly 5% as the broader cryptocurrency sector increased.

While the rebound has generated headlines, the real story was happening over in Russia.

The scientists risked state nuclear secrets, their careers, and the safety of their facilities to use a government supercomputer to mine Bitcoin. The government realized that something was wrong when officials discovered that the supercomputer was connected to the Internet, which is not what you do with computers holding your nuclear codes.

This story is important because Russia has been cracking down on miners over more than just state security concerns.

The fire was caused by Bitcoin rigs that overheated and ignited.

It's been a very volatile week for E-coin. The little-known cryptocurrency had pushed into the top 25 currencies by market capitalization earlier this week.

However, the price of E-coin collapsed and was likely due to a pump.

Today, the price of E-coin surged more than 501% and pressed its market capitalization to $341 million.