Silver prices in 2018 weren't immune from the stock market's turbulence last week. But silver prices held up better than stocks, and the brief downturn makes this an excellent silver buying opportunity…

As the stock sell-off gained intensity, silver eventually followed the rest of the market. It's a reminder that silver is not gold, and investors would be wise not to ignore its legendary volatility. 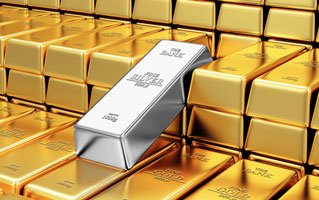 Nonetheless, silver held up better than the S&P 500 did over the last five trading days.

While the stock market benchmark gave back 4.1%, silver lost only about 3.3%.

It's impossible to know whether this market correction is over. I expect to see stocks consolidate and trend sideways with higher volatility in the short term.

In fact, one indicator in particular says now may be the best time to buy the precious metal…

At the same time, the U.S. dollar has bounced back, and its recent rally is likely to continue.

For silver, the current market correction could be a minor headwind that will tame any gains in the very near term. But look for the silver price rally to return soon.

Silver Prices in 2018 Are Trending Upward

While silver prices dipped last week along with the stock market, they are clearly trending upward in 2018.

Both stocks and the U.S. Dollar Index (DXY) were stagnant on Tuesday (Feb. 6). The DXY hovered around 90 for most of the day. Silver sold down in early morning trading, opened at $16.67, and closed slightly lower, at $16.62

You can see the relative stability of the dollar compared to the S&P 500 in the charts below. The dollar gained and held its value as the stock market grew volatile. 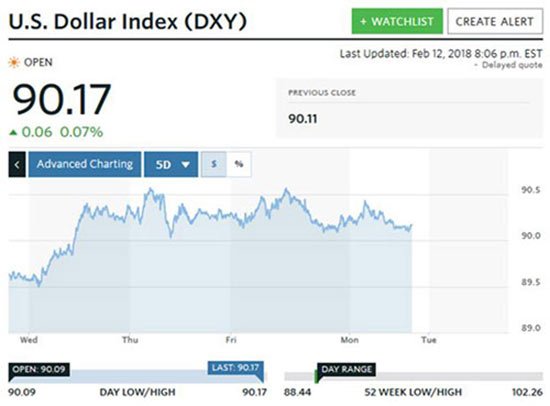 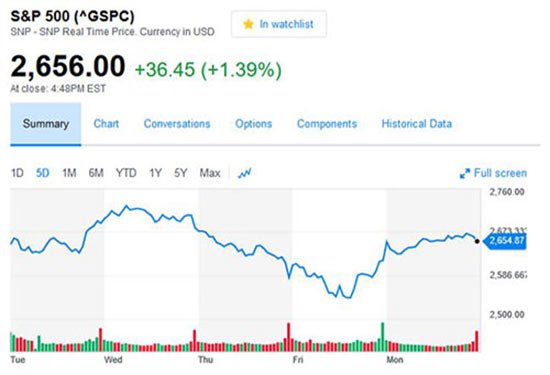 Friday (Feb. 9) brought a little more strength to the dollar, which hovered around 90.45 for the majority of the day. Stocks bounced back, as traders established new positions throughout the day.

But the silver price slide is actually a buying opportunity, since I see silver prices heading higher from here.

Silver Prices in 2018 Are Closely Tied to Gold Prices

Peter how do I get in touch with you? Darren Long from Guildhall Wealth Management.

I thought it was fascinating that silver prices were rising during the span of one day. Because of this, would this be a good time to sell your extra silver. Also, what tips do you have for selling silver?