There's a Litecoin hard fork scheduled for Feb. 18, 2018, and it will create a new crypto coin called "Litecoin Cash."

According to the website for the coin, Litecoin (LTC) holders will receive 10 litecoin cash (LCC) coins for each litecoin they own. The website also says that LCC will have lower transaction fees than LTC. 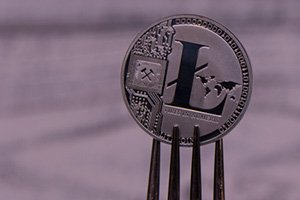 But other than just receiving free coins, there isn't a compelling reason to claim Litecoin Cash right now. We don't know what exchanges will support LCC trades.

Later this week, we will have a detailed report examining the Litecoin hard fork and Litecoin Cash. To make sure it hits your inbox as soon as we publish it, sign up for our free Profit Alerts service.

In Bitcoin news, the tiny nation of Iceland is generating the most heat in the cryptocurrency space. A report from BBC indicates that Icelandic Bitcoin mining centers will use more electricity this year than all of the electricity its citizens will use to power their homes.

Iceland's Bitcoin mining boom has been fueled (literally) by cheap electricity that is generated from renewable sources. The boom in miners has prompted political leaders from the nation's Pirate Party to suggest taxes on the profits of Bitcoin mining.

Below is a recap of the top cryptocurrency prices at 1:30 p.m. EST.

On Tuesday, the market capitalization of the global cryptocurrency sector hit $420.35 billion.

Bitcoin represented 34.9% of the total cryptocurrency market, with a market capitalization of $146.5 billion.

The price of Bitcoin is still hovering under $8,700 on a day that had very few headlines.

Many traders are suggesting that the $9,000 level is a key resistance point for Bitcoin.

The tech giant, which has already garnered headlines in the crypto space, hinted that it is exploring the use of the Bitcoin, Litecoin, and Ethereum blockchain technologies.

Is There a Bitcoin/Gold Correlation?

One prominent Wall Street analyst believes that a correlation exists between capital flows between gold and Bitcoin.

RBC Capital Markets' Chris Louney said in a research note that it had been difficult to identify a "tangible correlation" between Bitcoin prices and gold prices in the past.

However, Louney now says that at the end of the year, his firm began to notice a negative correlation between the two assets.