Litecoin prices jumped more than 21% Wednesday to top $200 per coin ahead of a controversial Litecoin hard fork scheduled for Feb. 18, 2018. 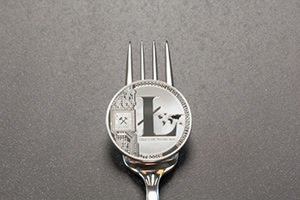 The Litecoin Cash development team is claiming it will create a faster, more efficient blockchain that reduces transaction costs.

Still, there is substantial disagreement over the necessity of a hard fork for Litecoin…

In fact, one prominent leader in the Litecoin community has called any fork of LTC a scam.

How Will the Litecoin Cash Hard Fork Work?

The upcoming fork is promising Litecoin holders at block 1,371,111 a bounty of "Litecoin Cash" during the hard fork.

Owners of LTC will receive 10 LCC for every LTC coin they own, according to the group behind the fork.

The team behind Litecoin Cash argues that it is providing several improvements to Litecoin's functionality.

The team says its new algorithm, DarkGravity, will alter the mining difficulty of each new block on the blockchain.

But this still isn't sitting well in the Litecoin community…

All you sent in the past that sound mysterious came to reality and but money makers. I missed out because I was new in leaning about investment, did not understand what you are talking about. Like: what do you mean?
BTC :digital coin, storing in the cloud, outing computer in your pocket…iPhone.
At present , I have read and listened to you all since 2007 to be convinced that you all ONLY TALK WHAT YOU KNOW.
WIRELESS ELECTRICITY? You know what? YOU MUST KNOW WHAT YOU ARE TALKING ABOUT. FOR MY FIRST TIME I AM JOINING. I DO NOT HAVE TO UNDERSTAND .”LOL”BY THE TIME I COME TO UNDERSTAND I WILL BE LIKE THE LATE COMER HUNTER WHO CAME WHEN THE ANTELOPES HAVE BEEN KILLED SO MUCH THAT THEY LEARN HOW TO CLIMB TREES.