The Dow Jones futures today were down slightly in pre-market trading, as markets continue to digest recent indications of rising inflation. The Dow is currently on a five-day winning streak, up nearly 4% since Monday, Feb. 12. 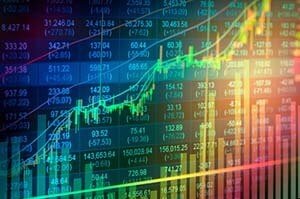