LitePay will be one of the biggest developments in cryptocurrency in 2018, with its impact rippling out far beyond Litecoin.

The announcement from LitePay Inc. late Monday (Feb. 12) that the service will go live Feb. 26 was a prime catalyst in pushing the Litecoin price as much as 37% higher over the next few days. 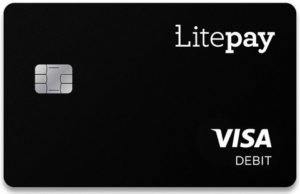 Related: Why Did Charlie Lee Sell All His Litecoins?

But even that reaction understates what LitePay will mean for Litecoin and the role cryptocurrencies are destined to play in the global economy.

This is a genuine turning point...

Basically, LitePay is a way to spend Litecoin just about anywhere you can use a credit or debit card.

The LitePay card is linked to that account. When the account is funded, the card is ready to use as you would any other pre-paid credit card.

And get this - you can use the LitePay card almost anywhere, because it works with the vast Visa Inc. (NYSE: V) network.

When used, the card converts the Litecoin amount to the merchant's local currency. The payment is sent instantly to the merchant's bank from the user's LitePay account. According to the LitePay website, the system is available in 41 countries and works with multiple currencies, including U.S. dollars, euros and British pounds.

LitePay makes it much easier for Litecoin owners to spend their cryptocurrency, but there's a lot for merchants to like as well.

For one thing, LitePay does the currency conversion instantly, removing any risk the merchant would have to account for Litecoin price fluctuations. The instant transfer of money is also appealing, as cryptocurrency payments typically involve delays of several minutes or even hours.

But best of all, a LitePay transaction carries a fee of just 1% - about half the interchange fee that Visa and Mastercard Inc. (NYSE: MA) charge merchants. That could tempt merchants to encourage the use of LitePay over conventional credit cards.

Here's why this is such a big deal and will have a dramatic impact on the entire cryptocurrency sector...

Why LitePay Will Push Many Cryptocurrency Prices Higher

I do not understand a dam thing that you are writing about.

The inconvenience of this card for American users is that the IRS requires you to know the dollar amount you paid for the Litecoin deposited in the account, and then their dollar value at the moment you spend them so they can account for your capital gains. Not sure the card will reveal these stats for you and give you a nice statement at the end of the year, but if not, it's an accounting nightmare!