Bitcoin prices today slumped more than 10% on Wednesday as traders appear to be taking some profits off the table after the price of Bitcoin has surged more than 100% from its recent lows.

Markets have roared in recent days thanks to more crypto-friendly policies across the globe. In addition to Wyoming's decision on Monday to relax securities laws in the crypto space, it also appears that South Korea won't ban Bitcoin anytime soon. 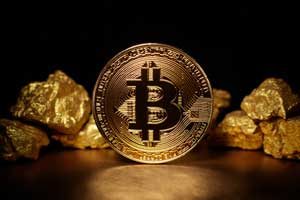 Meanwhile, Litecoin prices pulled back nearly 14%. The fifth-largest cryptocurrency by market capitalization has enjoyed a significant amount of attention due to the spin-off of Litecoin Cash and LitePay, but that wasn't enough today to help prices climb today.

On Wednesday, the market capitalization of the global cryptocurrency sector hit $454.4 billion.

Bitcoin represented 35.8% of the total cryptocurrency market with a market capitalization of $178.4 billion.

The best performers from the top 100 largest cryptocurrencies by market capitalization included DigitDAO (up 14.58%) and Dent (up 14.48%).

These were the only two cryptocurrencies that had positive gains on the day.

Coinbase announced on Tuesday that it will start rolling out SegWit this week. Meanwhile, Bitfinex said it has also implemented the update.

Ripple may have declined by more than 10% today, but its client base continues to expand at an impressive level.

The new clients span four nations and will continue to provide Ripple with much needed publicity for its growing user base.

On a day that Bitcoin lost double digits, most of the cryptocurrency world was abuzz about Venezuela's new coin called the "petro."

The nation's dictator, Nicolas Maduro, said that the nation received $735 million through the pre-sale of the petro in its first day. The goal of the energy-backed cryptocurrency is to bypass U.S. sanctions as Venezuela's fiat currency continues to plunge.

Backed by the nation's oil reserves (although who is really trusting this regime), the cryptocurrency will have 100 million petros in circulation.

Despite Maduro's claim of $735 million raised, many journalists and cryptocurrency enthusiasts are doubting his estimate.

In fact, many native Venezuelans have taken to social media to express their concern about the viability of this new cryptocurrency.

Marialbert Barrios, a National Assembly deputy and anti-Maduro advocate, wrote: "Who in their right mind buys a [cryptocurrency] from a government that does not pay the foreign debt, with an economy in hyperinflation?"