Our latest list of best stocks to buy now gives you five companies with rock-solid balance sheets and that are riding strong trends that can't be disrupted by Wall Street jitters. 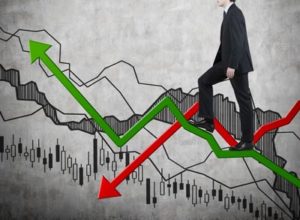 We love these stocks, because any market downturn - like the 10% drop we just saw - will be just a small blip in these stocks' overall performance. Here's a quick look.

Best Stocks to Buy Now, No. 1: Wall Street Panic Has Turned This Fast-Growing Biotech into a Fantastic Bargain

That dip came in the wake of an unsuccessful attempt by Congress to repeal and replace Obamacare. Uncertainty led investors to jump ship on stocks with bright long-term prospects.

That panic died down, pushing IBB up past its 2017 high in January. Now, the volatility in the stock market in general has pushed down biotech stocks again. That has made one strong stock a bargain buy.

There are three signs of strength we want to see from a biotech company, and Celgene has all of them.

Celgene has missed some targets on sales and forward guidance recently. But thanks to Wall Street's overreaction to both that news and the failure in Washington, the company's forward price-to-earnings ratio is now an impressively lean 10.7, compared to 19.0 for the S&P 500.

That puts it at a steep discount.

Best Stocks to Buy Now, No. 2: This Solar Manufacturer Is Your Best Play on the Clean Energy Revolution

"Whether you like it or not, solar is here to stay."

That's according to Money Morning Global Energy Strategist Dr. Kent Moors. A quick look at the numbers around the world shows he's right.

Growth in Europe and the United States might be expected. But even Saudi Arabia is getting into the solar game in a big way.

thanks for sharing, God bless