Dow futures projected a near-100-point gain in pre-market hours after the 10-year bond dipped back under 2.9%.

While the nature of the Fed's interest rate hikes are still uncertain, savvy investors are already positioning themselves to profit...

Critical: A tiny company's revolutionary device has just been approved by the FCC - and even a small stake could reward you with astronomical gains. Find out how to take advantage of this ground-floor profit opportunity 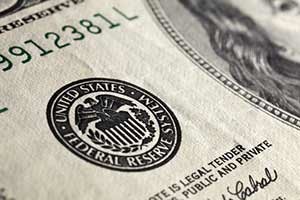