Bitcoin is the most well-known cryptocurrency out there thanks to its meteoric rise in price last year. But the cryptocurrency NEO blew Bitcoin's gains out of the water… 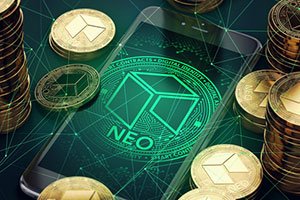 However, Skye Dunworth, the founder of investing platform Spendher, still projects NEO prices will climb 320.48% by the end of 2018 to $500.

Of course, we advise Money Morning readers to never invest more than they can afford to lose in cryptocurrencies. NEO was created just four years ago, in 2014, and cryptocurrencies are still speculative investments.

But because there is a potential profit opportunity here, we wanted to provide this NEO cryptocurrency guide as a service to Money Morning readers.

Today, we're going to share all the details about how NEO works, how much NEO trades for, and its market cap.

We're also going to answer the most important question: "Should I Buy NEO?"

First, here's everything you need to know about how this crypto coin works, and why its price skyrocketed 54,321% in one year…

How the Cryptocurrency NEO Works

In 2014, Chinese developers Erik Zhang and Da Hongfei created "Antshares." In 2017, they rebranded Antshares to NEO, which means "new and young" in Greek.

On its website, the team behind NEO provides a description of what they are trying to accomplish.

"NEO is a non-profit, community-based blockchain project that utilizes blockchain technology and digital identity to digitize assets, to automate the management of digital assets using smart contracts, and to realize a 'smart economy' with a distributed network."

That sounds confusing, but all you really need to know is NEO is connecting digital identities and digital payments in smart contracts (self-executing contracts).

Because of these smart contracts, which is a key benefit of the Ethereum platform, NEO is referred to as the "Chinese Ethereum."

Having a digital identity is almost like having an eBay Inc. (Nasdaq: EBAY) buyer or seller account, as it's normally not someone's real name. It's just a way to identify an individual or a business.

But unlike eBay, the settling of transactions is more sophisticated thanks to the smart contract.

The smart contract will only execute when all previously agreed-upon terms are met, and it will no longer require buyers and sellers to be physically in the same room for certain transactions.

Tiny Startup on the Brink of an Epic Sales Surge: With the swing of a gavel, a federal judge just rendered a shocking verdict – and ignited a potential 28,700% revenue surge for a tiny Silicon Valley startup. Go here for all the details – before everyone else gets in on this.

Normally, money is stored at a bank and contracts are kept separately on file with companies and governments to help settle disputes.

But with a smart contract, a payment and a contract can both theoretically be stored together.

To run these smart contracts, the crypto coin GAS is used.

Users pay GAS to run smart contracts, so if you're just investing in NEO, you don't have to worry about it.

But this GAS does offer NEO holders an added bonus…

For instance, if you owned five NEO coins, you would receive 0.51 GAS tokens per year, according to NeotoGas.com.

And because the Chinese government can keep track of who is doing what through NEO's platform, it's appealing to the Chinese officials…

"One of the main objections China has to digital currencies like Bitcoin is that the transactions are anonymous unless you can link a Bitcoin address to an individual," Money Morning Cryptocurrency Expert David Zeiler said on Aug. 17, 2017.

Zeiler was one of the first financial journalist to cover Bitcoin back in 2011, and he even mined his own coins then.

"Remember, this is a country that maps out five-year plans for its economic development. And it's no coincidence the policies of the current five-year plan (for 2016 to 2020) emphasize the need for 'innovation-driven development.' A government-friendly cryptocurrency platform fits that bill nicely," said Zeiler.

And because NEO could become a digital currency adopted by the Chinese government and its 1.37 billion population, prices have skyrocketed…

You see, because Bitcoin is the most well-known cryptocurrency, it tends to serve as a benchmark for the entire industry.

The price of other crypto coins can rise and fall depending on how Bitcoin prices are performing.

NEO got sucked into the downward price spiral as crypto investors feared looming regulation. But NEO is less susceptible to regulation since its users aren't completely anonymous.

NEO Is Now in the Top 10 Cryptocurrencies by Market Capitalization

As you can see in the table below, it's only slightly behind Litecoin's market cap of $11.9 billion.

Now that you know how NEO works, its price, and its market capitalization, we've arrived at the most important question: "Should I Buy NEO?"

As we mentioned earlier, there's a bullish NEO price prediction from Dunworth of $500. That's a potential gain of 320.48% for NEO holders.

However, that may be too conservative of a NEO price prediction…