You may not have even heard of it, but Robinhood Crypto is a major development for cryptocurrencies that will play a key role in driving coin prices higher this year.

Since its launch in 2015, the Robinhood stock-trading app - popular for its lack of commission fees and easy-to use interface - has made waves mostly among millennials. 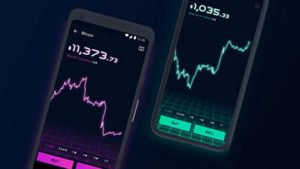 Related: What's the Best Cryptocurrency to Buy in 2018?

But in January, the Palo Alto, Calif.-based startup announced Robinhood Crypto - a new feature for the app that allows the buying and selling of cryptocurrencies without commission fees.

The company will continue rolling out the service to more states as it gets regulatory approval. I expect Robinhood Crypto will also enable the purchase of more cryptocurrencies as it gains experience.

Robinhood Crypto offers an easy on-ramp to those new to the cryptocurrency world, particularly those of the millennial generation.

These prime ingredients lie at the heart of why this new service will be such a potent catalyst for cryptocurrency prices.

Frankly, it's a perfect storm...

Why Robinhood Crypto Has So Much Potential

To understand why Robinhood Crypto will have a dramatic impact on cryptocurrency prices, you need to take a closer look at the Robinhood app and its millennial audience (people between the ages of 18 and 35).

Robinhood was created by two friends who met at Stanford University, Vlad Tenev and Baiju Bhatt. They saw that brokerages paid next to nothing to trade equities and wasted a lot of money on networks of storefront locations and advertising.

Instead, they focused on building a smartphone app that made stock trading easy and free. (Robinhood makes money by offering a higher tier of service, Robinhood Gold, for a $6 monthly fee, and by collecting interest on the cash and securities held in customer accounts.)

The idea has impressed venture capitalists, who have poured $176 million into the startup over the past five years.

The no-fuss nature of Robinhood (and the fact that it lives on a smartphone) made it a hit with millennials - the group makes up approximately three-fourths of the company's more than 4 million customers.

The announcement of Robinhood Crypto was greeted particularly enthusiastically. Within 24 hours of the Jan. 25 announcement, 600,000 people had put their names on a waiting list. Four days later, the list had grown to more than 1 million names.

"Bitcoin's anti-establishment roots and decentralized system brings with it the hope for a new economy that puts people over corporations," Julia-Carolin Zeng, a spokeswoman for BitcoinSportsbooks.com, told MarketWatch. "This is an extremely appealing message to millennials who watched their job outlooks dwindle as the financial crisis unfolded in tandem with their first-ever entry into the job market."

But few realize just how big the millennial appetite for cryptocurrencies is - and how dramatically their buying will affect prices...