We're keeping a look out for bold cryptocurrency price predictions, and we just found one for Litecoin prices: $1,500 by the end of 2018.

Tim Lea, CEO of REFFIND, said that Litecoin is a hidden gem.

"The LitePay product that is being produced has all the hallmarks of greatness. With a heavy emphasis on compliance, there is a great recognition within the team to hit the operational payments space very strongly and with the right compliance issues to deal with the regulatory structures that cryptocurrency so desperately needs," Lea told Finder.com. 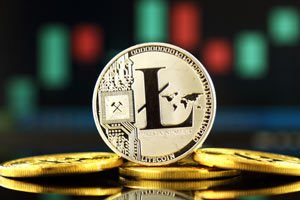 In Bitcoin news, prices topped $11,000 as bullish investors shared their positive sentiment on the future of the cryptocurrency markets.

Former Legg Mason fund manager Bill Miller, who currently runs his own hedge fund, shared his outlook in an interview with CoinTelegraph.com.

"What I observed with Bitcoin is that it's following a very time-honored path of disruptive innovation going all the way back to the printing press, railroad, electricity, radio in the 1920s, biotech, the Internet," he said.

"Bubbles are necessary to bring capital into the market to see if these innovations are actually going to stand."

Below is a recap of the top cryptocurrency prices at 9:00 a.m. EST.

On Friday, the market capitalization of the global cryptocurrency sector hit $462.66 billion. The top performer of the day was Nexus, which popped 45% on the day.

Meanwhile, Revain, which saw its value decline 11.95%, was the worst performer on the day.

Today, Llew Claasen, executive director of The Bitcoin Foundation, predicted that the cryptocurrency will top $40,000 by the end of the year.

Claasen also predicted that 90% of other cryptocurrencies would see their value decline in 2018.

The sentiment that many cryptocurrencies could plunge this year also received support today from Goldman Sachs Group Inc. (NYSE: GS).

The CIO of the Wall Street bank's Private Wealth Management Group gave an interview on cryptocurrency and blockchain technology this week.

The institution believes that "cryptocurrencies in their current format, meaning that in the current incarnation, are in a bubble."

The price of Ripple dipped more than 2% as traders digested the results of a major test trial.

According to reports, more than 60 Japanese banks have been participating in a major remittance project.

The project is accelerating so quickly that many analysts are starting to anticipate that Ripple could license its cross-border payment technology as soon as this year to these banks.

According to local news reports out of China, the nation's government is keeping a close eye on communication between its citizens and offshore cryptocurrency exchanges.

China is specifically targeting any cryptocurrency exchanges that moved offshore in the wake of the nation's local ban on trading.

Chinese regulators have taken aim at Bitcoin and other cryptocurrencies in an effort to prevent money laundering and other illicit activities.