Money Morning Director of Technology & Venture Capital Research Michael Robinson is an expert when it comes to cryptocurrency and the technology that surrounds it. 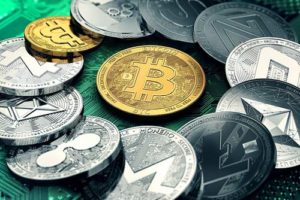 And he didn't just know that cryptocurrency prices would soar; he also spotted conditions where they were about to correct lower. In December, he warned the advent of Bitcoin futures would create a rocky path forward. It would now be possible to short the coin, meaning Wall Street could run its shenanigans all over the market.

And it did. Bitcoin fell 65%, to $6,840, in short order before rebounding. Robinson's subscribers managed to sidestep that carnage.

That's why Robinson is sharing more of his wisdom on the subject. Many people have heard bits and pieces about cryptos but don't really know enough to trade them profitably – and safely.

Here are his three key points that you must know…

He calls them the "Insider's Edges" that will surely make you popular at your next gathering of friends – and your portfolio will thank you, too.

The key is to understand volatility and then put it to work for you, not against you.

Thanks to recent volatility, Robinson thinks Bitcoin is still in a "wait-and-see" mode. But, he also thinks the crypto chaos, as he calls it, is actually good for the long-term future of the field.

The huge gain Bitcoin made last year – thanks in large part to short-term speculators – was simply not sustainable. And now some countries, including China and South Korea, have been cracking down on Bitcoin as U.S. investors and large firms have been embracing it.

Asian traders accounted for roughly 25% of Bitcoin trading. As they began unwinding their positions, the price naturally fell.

As that all gets worked out, we'll see the Bitcoin market become stable before its next big upswing.

Tom,
Thanks for your recommendation, I purchased $300 of the cryptocurrency. If your prediction does half of what you say it will then you have convinced me of the service you provide and I will be joining!
JKM