The Dow Jones today opened 100 points down as investors weighed the potential impact of new steel tariffs on the aging bull market.

Markets are likely to move today based on the impact of U.S. President Donald Trump's announcement that he may ease the severity of new tariffs if Canada, Mexico, and the United States sign a new version of the North American Free Trade Agreement.

With market volatility increasing, smart investors are turning to precious metals to insure their market investments - here's how you can too... 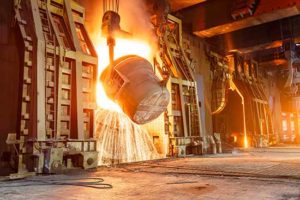