The Dow Jones today is down more than 200 points in pre-market hours after White House economic advisor Gary Cohn announced his resignation.

Cohn resigned in the wake of U.S. President Donald Trump's decision to move forward with plans to place tariffs on steel and aluminum imports. His departure is likely to boost the prominence of protectionist economic policy in the White House.

The market's recent volatility is likely to continue as investors mull the possibility of a full-blown trade war. However, we think Wall Street is reading volatility all wrong - in fact, we're planning to profit from it... 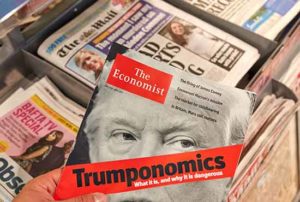