After a rise in scam accounts, Twitter Inc. (NYSE: TWTR) says it will take steps to reduce the amount of cryptocurrency scammers on its site, according to The Verge.

After a popular cryptocurrency figure sends out a tweet, scam accounts with similar Twitter handles quickly reply to the messages.

They try to trick people by asking for a small amount of a cryptocurrency in an exchange for a larger giveaway of crypto coins. 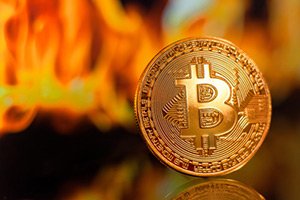 In other cryptocurrency news today, prices continued to slide as concerns about regulatory crackdowns and cybersecurity for exchanges accelerated.

Bitcoin prices are now down more than 18% in just two days, as traders focus on SEC rulings and the Japanese halt orders on exchanges.

The order will require Bit Station to remain closed for one month after it was revealed that a manager at the exchange used customers' Bitcoin for personal gain. Five other exchanges received orders from the government to improve their operations.

This includes Coincheck, which lost $500 million in customers' NEM coins during a hack in January.

On Friday, the market capitalization of the global cryptocurrency sector hit $381.10 billion.

The top performer in the space was SIRIN LABS Token, which added 17.11% on the day.

The best performers from the top 50 largest cryptocurrencies by market capitalization included NEM (up 9.86%), Ethereum Classic (up 7.63%), and Bytecoin (up 0.49%).

The price of Bitcoin hovered near $9,000 on Thursday as the market capitalization ticked to $162.7 billion.

In addition to concerns about Japan's regulatory crackdown, markets are still reacting to yesterday's news from the U.S. Securities and Exchange Commission (SEC).

The SEC issued a "Statement on Potentially Unlawful Online Platforms for Trading Digital Assets." The order requires any exchange that trades digital assets that are considered securities to register with the federal agency or apply for a waiver.

Coinbase issued a statement today that said it does not believe its operations will be affected. The company does not issue ICO tokens or securities.

Must Read: Why Cardano Is Cryptocurrency's Sleeping Giant

"Coinbase complies with all applicable laws and regulations in each jurisdiction in which it operates," the firm said in a statement to Fortune.

"As a company, we have always believed that consistent and clear regulation would only stand to benefit the growth of the cryptocurrency space and those that invest in it. We look forward to an ongoing conversation with regulators around this issue."

Gemini Exchange, a cryptocurrency exchange owned by Cameron and Tyler Winklevoss, may be expanding its offerings in 2018.

During an event hosted by CBOE Global Markets, the brothers said they may add more digital currency options, including those for Bitcoin Cash and Litecoin.

The state of Arizona is considering a new law that will allow its residents to pay taxes with Bitcoin.

And it looks like the bill could pass very soon...

On March 7, the state House's Ways and Means Committee decided to advance the bill for a vote. The endorsement increases the likelihood that it will be approved and sent to the desk of the governor.

Other states like Illinois and Georgia are considering similar proposals.

However, not everyone is a fan of the bill. The law would require that the state convert Bitcoin within 24 hours into U.S. dollars, which will cost the state transaction fees.