Today, we're bringing you the top 10 penny stocks to watch this week based on their combined 272% rise over the last week. Plus, we'll take a look at one of the best small-cap stocks you can buy to lock in your portfolio's profit potential...

Jaguar's bump came after the company received conditional approval from the FDA's Center for Veterinary Medicine for Canalevia - a drug developed by Jaguar to treat the side effects of chemotherapy in dogs. 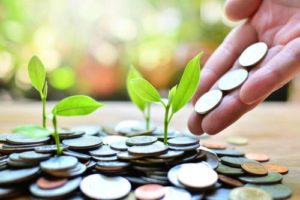 To help you find the next stock with the most potential, Money Morning's Small-Cap Strategist Sid Riggs has done the research to find the next big winner. We'll show you his latest stock pick after the recap of the top penny stocks to watch...

Here are the top three warning signs of a shell company scam, according to the SEC and FINRA...

Here's Sid newest pick, and how it can position you to bank profits...