While the Dow Jones Industrial Average is slightly up today (0.27%), the Dollar General stock price (March 15) is surging 4% as of this morning.

And it's all thanks to buybacks and dividends... 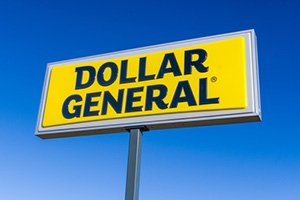 Dollar General will also increase its share buyback program by $1 billion. With DG buying more shares, that can increase the DG stock price because of increased demand.

It could also attract new investors, sending the price even higher.

Thanks to tax cuts, American corporations can now "repatriate" an estimated $3.1 trillion in earnings they've been holding outside the United States.

Fortunately, much of that $3.1 trillion is expected to go into investors' pockets in the form of dividends.

This is something we're calling "triple-compounding dividends."

"The Law of Triple-Compounding Dividends" is based on three simple rules...

In this special research report, you'll get all the details on this once-in-a-lifetime opportunity.