Access Your Profit Alerts
Sign Up for Money Morning and get your free report:
"The Best Stocks to Buy Now"
How to Buy Bitcoin
Twitter
Stocks: TWTR

While Bitcoin futures have received the most attention in the crypto world, one UK-based startup has been operating an XRP futures market for almost 18 months, according to CoinDesk.com.

Crypto Facilities CEO Timo Schlaefer told CoinDesk.com, "We have pretty good order books. And we're in the process of working with some of the large market makers to draw that further." 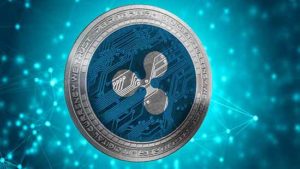 According to the report, not many people outside of the firm's own pool of investors even knew the XRP futures were being traded.

But as Ripple has climbed to the third-largest crypto by market cap, it's drawing more interest.

In Bitcoin news today, prices climbed nearly 3% and remained steadily above $8,500. Markets are paying close attention to an executive order out of the White House and news that the G20 economies rejected efforts to regulate cryptocurrencies.

The optimism after the G20 decision puts $9,000 back in focus for Bitcoin after a tumultuous two weeks.

The top performer in the space was Qtum, which gained 29.04% on the day.

The price of Bitcoin is rising after a difficult weekend.

On Sunday, speculation broke that Twitter Inc. (NYSE: TWTR) could become the latest social media company to ban cryptocurrency-related advertising on its platform.

But some of the most important Bitcoin news this month will be after an important meeting today...

At the G20 meeting in Buenos Aires, Argentina, economic thought leaders will gather in a closed-door meeting to discuss the global cryptocurrency market.

5 Cryptocurrency Reports to Read Today
An IOTA Price Gain of 300% in 2018 Is Just a Fraction of What's Coming
Why Cannabis Experts Are So Bullish on Blockchain Technology
LitePay Is a Game Changer, and Not Just for Litecoin
How to Open a Binance Account [Step by Step]
The Best Place to Buy Bitcoins

Ahead of the meeting, a report emerged from the Bank of France that proposed the banning of insurance firms, banks, and trusts from taking deposits and loans in cryptocurrencies.

The Bank of France would like global regulators to establish "international-level" rules to oversee the cryptocurrency markets.

The revelation of that report comes a day after Bank of England Gov. Mark Carney said that cryptocurrencies do not pose any significant risk to the stability of the global financial markets.

In a letter published this week, Carney said that no significant oversight is required because cryptocurrencies "are small relative to the financial system."

We've been covering the efforts by the Venezuelan government to circumvent sanctions against the socialist dictatorship of Nicolas Maduro.

Naturally, we've been skeptical about the cryptocurrency given the state of the economy.

And on Monday, U.S. President Donald Trump signed an executive order that bars all American transactions in the new Petro cryptocurrency.

Multiple U.S. officials - including sitting congressional representatives - have called the Petro a "scam."

Venezuela's opposition party has also called the Petro illegal and an effort to undermine democracy across the nation to cement Maduro's rule.

While this is a surgical strike at the heart of the Maduro government, some analysts are wondering if Trump's executive order will create a framework for further crackdowns on cryptocurrencies in the years ahead.

Many are speculating that this rule could provide the U.S. government with the ability to crack down on the cryptocurrency markets under the guise of national security standards.