Bitcoin prices topped $9,000 today thanks to positive developments out of the G-20 Conference in Buenos Aires this week. 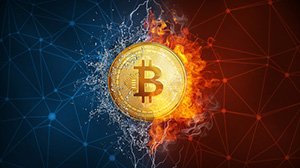 However, G20 members also announced they will seek proposals by July 2018 to regulate the global cryptocurrency market.

The Organization for Economic Co-operation and Development (OECD) is calling for a new set of rules and regulations to oversee the cryptocurrency markets and to tax emerging technologies like Bitcoin and other cryptocurrencies.

Greg Medcraft, a director at the OECD, raised significant concerns about the need for rules to prevent money laundering, financial scams, and projects that lack transparency.

On Wednesday morning, the market capitalization of the global cryptocurrency sector increased to $353.92 billion. Bitcoin comprised 43.7% of the total cryptocurrency market, with a market cap of $154.53 billion. Alternative coins helped push the markets higher, and FundStrat Global Advisors co-founder Thomas Lee predicted that the recent bear market for this class of cryptocurrencies has ended.

The top performer in the space was ICON, which jumped about 50% over the last 24 hours.

Why Cannabis Experts Are So Bullish on Blockchain Technology

LitePay Is a Game Changer, and Not Just for Litecoin

How to Open a Binance Account [Step by Step]

The Best Place to Buy Bitcoins

Is Russia Behind Venezuela's "Petro" Cryptocurrency?

Earlier this week, we reported that the Trump administration has blocked all U.S.-based financial companies from engaging in transactions that use the Petro, a cryptocurrency launched by the Venezuelan government to circumvent economic sanctions.

Even in Venezuela, many individuals agree that the Petro is an assault on the nation's democracy and financial exploitation of the nation's energy resources.

Well, a new report suggests it wasn't Venezuela who launched the Petro, but another adversary of the U.S. government.

Time reported that Russian President Vladimir Putin and/or aides at the Kremlin assisted the Maduro government in the creation of the Petro.

Though the investigation is early, this could raise the stakes on sanctions regarding both countries and drive the United States further away from diplomacy with Russia.

We hope you'll take advantage of all the great research on this breakout digital coin. To find out how to get all this, just take a look.