Yesterday, as stocks rebounded from Monday's slide, Facebook Inc. (Nasdaq: FB) continued its decline; it dropped 3.92% from open to close Monday and another 4.8% by midday yesterday, all following weekend reports that a political analytics firm named Cambridge Analytica collected personalized data on 50 million users without their consent.

The "without consent" part, that is. 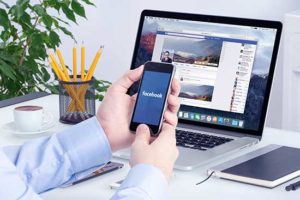 There was no "breach," nor a "hack." Users voluntarily answered surveys created by Cambridge Analytica by participating in an app called "thisisyourdigitallife."

Facebook makes its money by harvesting highly personalized information from users that it then uses to accurately target advertising, content, and other data. That's often sold, manipulated, and shared in ways many customers naively don't think about or even realize.

What got everybody so riled up in this case is the fact that it was apparently used for political purposes - not just to sell you a new toothbrush or tell you about the luxury life somebody else is living at a resort in the Maldives.

ECONOMIC DISASTER: You may have only a few months left to prepare, as a market signal that showed up before the Great Depression, the dot-com crash, and the 2008 crisis just appeared again. Click here...

The very notion of online privacy is long gone.

Not to rub it in, but you may as well write down the most intimate details of your life and staple them to a telephone pole if you're on social media. The Russians and Chinese don't have to hack us, nor does an "enemy" state, or even a fleabag terrorist, for that matter.

Anybody can find nearly anything and everything they want to know these days online via the biggest and best organized voluntarily constructed databases in human history, including Facebook.

That said, this episode is a game changer from an investment standpoint. People are apparently just waking up to something you and I have talked about for years - namely, that Silicon Valley's elite has very little accountability to the rest of us, and little to no understanding of the societal impact their "products" have on the world.

Facebook has a number of significant problems right now, which is why I want you to keep it on a very short leash.

I'll tell you how in a second.

First, though, here's what I see.

Facebook execs - including founder Mark Zuckerberg and COO Cheryl Sandberg - are MIA. They have remained aloof and seem hell-bent on not getting involved. But apparently, Zuckerberg and other execs are selling huge amounts of shares, according to CNBC. 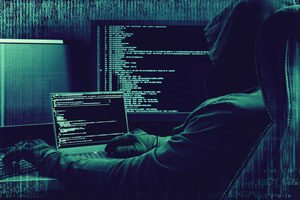 I don't think that's a coincidence any more than I thought Equifax execs' selling ahead of the data breach that rocked the company was. Incidentally, neither does the SEC, which just charged former Equifax honcho Jun Ying with selling nearly $1 million in shares after learning about the hack that exposed 143 million Equifax customers' most intimate information... but before the company made the information public.

Zuckerberg failed to respond to Congress last year during inquiries about Russian meddling using Facebook, and instead spent the year learning how to hunt for his own food, speak Mandarin, and take selfies with people around the country.

Call me crazy, but that's hardly what somebody like Jamie Dimon, of JPMorgan Chase & Co. (NYSE: JPM), or Tim Cook, of Apple Inc. (Nasdaq: AAPL), would be doing if either of those companies were under the proverbial microscope.

Facebook adverts are so precise that many users are now concerned cameras and microphones in their cell phones are listening in, processing that information, and serving up advertisements that could not otherwise be relevant.

The company denies that, of course. But I'm not so sure, having had an advertisement recently show up for the Monaco Gran Prix on my tablet in Japanese, following a conversation I had with my wife (who is Japanese), even though we were looking at a site in French together as we discussed it, sitting in America.

Long story short, I think Facebook's stock could be in serious trouble if users decide that Facebook apps become too invasive, or (to paraphrase my sons) "too creepy" to use. From there, it's a slippery slope to advertising revenue and, in turn, earnings.

Here's exactly how to play the situation.

Sell shares if Facebook Inc. (Nasdaq: FB) closes below $170 today, and move on to other great "growth" companies like Alphabet Inc. (Nasdaq: GOOGL), Amazon.com Inc. (Nasdaq: AMZN), and Alibaba Group Holding Ltd. (NYSE: BABA), just to name a few we've got in our recommendations at the moment.

Do not buy the stock on this dip. Zuckerberg's silence is deafening, and the headline risk is too great to accurately value the company's prospects. You may get lucky if there's a quick rebound, but that's a sentiment better suited to Las Vegas than your hard-fought retirement portfolio.

You Must Act Now

America is headed for an economic disaster bigger than anything since the Great Depression. If you lost out when the markets crashed in 2008, then you are going to want to see this special presentation. Because if you don't act soon, the effects on your financial future could be more severe than anything you have ever experienced. Don't wait - You can see all the details right here.

I was contacted by facebook saying I won a big prize but before I can get it I have to pay 950.00 to the IMF. Is this accurate?

How 'bout a put reccomendation?

Why your the best at what you do. I agree fully. Zuckerbot behaviour is a reason to question. He does not even control his own company any longer. I have a firm belief he is funded by higher authorities. Well that is true.

The age of privacy is dead and gone as we know it. His hidden databases to his behaviour is a remarkable question mark on really what is Facebook really used for.

The answers are there. In the air for those who can see the forest through the trees at this moment. I know and understand J.R. Bartons point. I warned him and everyone that this is a greater problem only to get worse before it gets better. I am also aware when your wealthy. Your risk tolerances are different from somebody like me.

Facebook has gone to far and we know what he has taken advantage of. I believe his filters and A.I. is government controlled and monitored. Might be obvious but.

Today! I see the bump up in the stock but only is a phasade to rekindle the belief in investors. That it's just a small bump in the road. Mind you i laugh as I see the decline now. To me. To grab investors confidence only to mislead them. Probably there own employees or management pumping it only to sell for a quick profit and will continue this routine behaviour. They know how bad this is and aren't around due to the lack of management's ability to reverse this bad publicity quickly. It's a routine behaviour amongst businesses. I don't want to see good people get shot in the dark by a misconception. Dictating or not. Believe what I am telling you. They are gonna sit with the brains of this operation and try to converse on how to handle the blow to it's name and try to revive the faith that it's lost. To late in my eyes at this point.

At the end of the day. Facebook is everywhere and will be. As for now. I see it hitting back down to 155 or less. It has alot of explaining to do but like a death. If you can ignore it. Society will eventually forget. Or the impact will dwindle on the actual fact of what they've done. So don't be fooled. Look in a couple weeks when the noise has calmed. Thats when theyll strike and feel confident that investors have forgotten this breach.

We maybe a species with amnesia but we don't have to be. Ya know. Rewire and remind. Rinse and repeat and you'll never Lose the impact it created the day you found out about the shadyness that lies in the core of this monster that was never tamed from the beginning.

Personally. I have never liked FB and never invested. To me. It's time to walk away or honestly. It's time to take a stand and give them a reason to worry. A little fear from the people will go a long way and like you said Keith. There's others. Been a good ride I imagine for you guys. Time to reverse the mentality and take a stand and how do you do that. Selling and walking away to provide an impact that the people will not stand for this any longer.

Really. You guys know that there's better money to be made elsewhere.

TAKE IT AND GO

Zuckerborg is not the be all to anyone. He is a pond in a game he cannot really play or even over ride because he does not care nor has he ever had the power he thinks he has. Fall guy 101.

My opinion. Even if I am wrong which I'm not. A lesson needs to be taught. A pair of balls carried by men and even woman who have there own in there purse. Does not deserve to be mislead and drawn into a dark whole of lies and deception.

how about a 155. long term put option