Editor's Note: Yesterday, Jerome Powell gave his first press conference as Federal Reserve chair. While much of Wall Street is focused on his interest rates commentary, Money Morning Capital Wave Strategist Shah Gilani wants you to know they're way off the mark. In fact, the Powell's most important comments weren't about interest rates at all…

The market has trended downward for much of the week. However Money Morning Liquidity Specialist Lee Adler is seeing tremendous profit opportunity, especially in gold. Check out his four unique profit plays here… 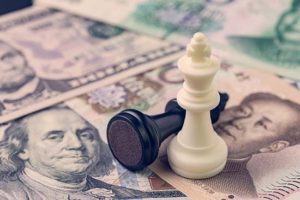