After receiving warnings from Japanese regulators, crypto exchange Binance may now move to Malta, according to CoinTelegraph.com.

Binance CEO Changpeng Zhao (CZ) said that he had been invited to Malta by the government in to look at the nation's friendly cryptocurrency policies. In February 2018, the Malta government launched the Malta Digital Innovation Authority to provide legal clarity for companies operating in the crypto market. 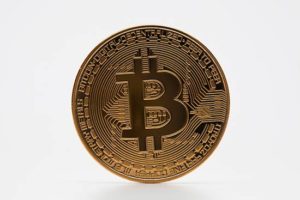 Regulatory fears have sent the price of Bitcoin down today, but Bitcoin bulls believe these dips are a great time to buy. The Dow Jones, Nasdaq, and S&P 500 all slumped on Thursday due to growing concerns about a brewing trade war between the United States and China, and that could lead to more investments in crypto coins.

The top performer in the space was Storm, which added 34.95% on the day.

Today, ICON pushed up more than 11% as traders celebrated that cryptocurrency exchange Bithumb has added its ICX token to the exchange.

Cryptocurrency Conspiracy Theory of the Day

According to reports, Roberto Escobar (brother of Pablo Escobar) is launching his own cryptocurrency – a fork of Bitcoin -called "Dietbitcoin."

Escobar claims he met an American agent claiming to be Satoshi Nakamoto, the infamous and reclusive creator of Bitcoin. Escobar also claims that Bitcoin was created by the American government and says he is the first person in the world to publicly make this declaration.

"The world is going to wake up," he said in his claim.

"The world is going to see that this was created by them. And when they see it, it is too late, and when the CIA founds out that the world knows about this, the CIA is going to sell all of their coins, and they will destroy the value of Bitcoin…That's why I am creating my own cryptocurrency called Dietbitcoin (DDX)."