Editor's Note: America is headed for an economic disaster bigger than anything since the Great Depression. If you lost out when the markets crashed in 2008, then you are going to want to see this special presentation...

The Dow Jones today opened flat after a brutal sell-off during Thursday's trading session, which saw the index shed 724 points. In pre-market trading, Dow futures erased overnight gains, as markets continued to process an apparent breakdown in trade relations between the United States and China.

As the United States cracks down on Chinese trade practices, many investors are unsure where to turn for security and profit. However, Money Morning Chief Investment Strategist Keith Fitz-Gerald has found a huge profit opportunity in the growing trade conflict - a company he's calling "China's No.1 trade war target." Check out Keith's pick here... 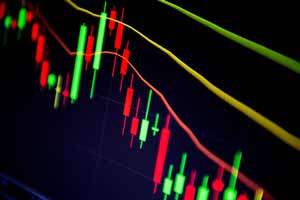