The goal of the Ripple project is to create nothing less than an "Internet of Value" - a system that allows almost any asset to be transferred over the Internet as easily and quickly as a text message, photo, or video.

And the Ripple train has continued to barrel full steam ahead in 2018, as these new price predictions show... 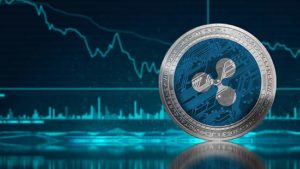 If You're Not Making Millions of Dollars with Cryptocurrencies... you could be. Click here to discover the tiny coin that will soon be BIGGER THAN BITCOIN... and how to claim YOUR cryptocurrency fortune while you still can.

To understand why a lot of cryptocurrency experts see such big price gains for Ripple, you need to know a few basics...

What Ripple Is - and Isn't

The two are related - Ripple Labs did create XRP, launching it in its current form in 2012. But in 2015, the XRP protocol was made open source, meaning anyone can contribute to it. It functions mostly independently of the company now.

In fact, the validators are one of the key differences between the XRP and cryptocurrencies like Bitcoin...

And while xCurrent doesn't require the use of XRP, doing so makes the network more efficient, saving more money for the banks and companies that use it. That's because XRP can provide liquidity to the system - something of particular importance in foreign exchange conversions between infrequently traded pairs.

This is the problem XRP seeks to solve. One large XRP account can take the place of many nostro accounts, because XRP is instantly convertible, through the Ripple network, to any fiat currency - or, for that matter, to just about any asset you can think of.

Ripple Labs still need to convince the banks that using XRP is in their best interest, but that's the beauty of xCurrent - it's the foot in the door that will enable widespread XRP adoption.

These lofty Ripple price predictions take this catalyst - and more - into account...

Ripple Price Predictions for 2,300% Gains - and Beyond