If the last 10 years has taught us anything, it's that investing alongside government stimulus will ensure returns.

Over the last decade, four major stimulus events have provided huge support to the stock markets.

Three rounds of quantitative easing pushed stocks to new records, and the Trump administration provided its extra charge in the form of corporate and individual tax reform. The Dow Jones Industrial Average soared 154.56% since the first quantitative easing in November 2008.

It might violate my economic views on free markets, but I'd have to be terribly hardheaded to not capture a share of my own tax money being thrown at the equity markets. 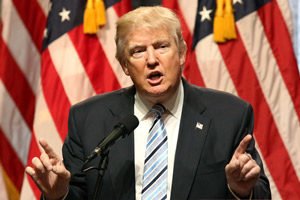 While some analysts are saying that there isn't much value available in today's frothy market, or that a correction is in order, we're looking for opportunity from a fifth stimulus program.

U.S. President Donald Trump's pending $1.5 trillion infrastructure plan might not provide a broad stimulatory impact on the equity markets like quantitative easing, but it certainly will provide targeted gains for investors who know where to look.

I'll explain why this stimulus program is different from the others, and then give you the perfect way to still make big gains from the Trump administration's infrastructure project with an alternative income play…

Shaking Up the Infrastructure Industry

Many will recall that the United States spent $787 billion in federal money in the American Recovery and Reinvestment Act of 2009. This was the first stimulus program since the onset of the Great Recession.

However, this federal stimulus program, as former U.S. President Barack Obama noted, created "shovel-ready" jobs that were "not so shovel-ready."

The Trump plan is different because of the way the deal is structured.

President Trump's plan calls for at least $1.5 trillion "to rebuild the nation's infrastructure and to develop innovative projects." But that $1.5 trillion figure only accounts for $200 billion of federal money; the rest comes from state governments and private capital.

This means that the project will need to spur $1.3 trillion in spending from the private sector, cities, and states.

And they'll be given another way to get a return on their investments through infrastructure, too.

In a separate budget, the president's plan calls for federal agencies to have the authority to sell assets that might be better managed by private companies or local authorities. That means private investors will both get an incentive to take on public infrastructure projects and actually own some previously government-operated assets.

The First Step on Your Road to Millions Starts Here: All you need is a computer or smartphone and just 10 minutes of "work" to potentially put $1 million in your bank account faster than you ever dreamed. Read more.

This could shake up the equities markets in unique ways…

For example, in the United States, no publicly traded airports or toll road operators exist. These types of enterprises, however, are common in Europe.

While introduction of similar equities in the United States will create exciting new opportunities in the market, finding value might not be so easy. It is worth noting that infrastructure projects and their associated returns on investment are heavily reliant on energy projects like oil pipelines, electricity distribution, and power turbines.

The problem is that utilities stocks are currently overvalued, which means you're paying more for your returns than you would in another sector.

Fortunately, we've done the hard work for you and found a way to get both value and access to these potentially lucrative projects…

The One Alternative Income Play to Make on Infrastructure