We've put together a list of the eight IPOs to watch week (March 26, 2018), so Money Morning readers can stay up to date on the latest companies hitting the market.

Plus, we're also going to show you how you can get in on a $2 trillion windfall from the world's largest IPO. 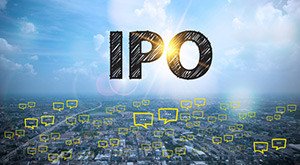 The IPO of Saudi Aramco is coming, bringing investors access to enough oil to power America for the next 36 years.

But you don't have to wait for the IPO to land to find out how to start making money.

As Money Morning Global Energy Strategist Dr. Kent Moors reveals in this eye-opening interview, there are four backdoor plays you can make today to gain up to 1,329% total before the IPO even happens.

But first, because there are so many IPOs to track, let's take a look the eight companies IPOScoop.com says will hit the market this week.

One of them is being called the "Netflix Inc. (Nasdaq: NFLX) of China," so there's a lot of hype surrounding its public offering…

8 IPOs to Watch This Week

GreenTree Hospitality Group Inc. was founded in 2014 and is a franchised-and-managed hotel operator in China. As of 2016, it is the fourth-largest economy- to mid-scale hotel group in China in terms of number of hotel rooms.

It will trade on the NYSE under the symbol GHG.

It will trade on the NYSE under the symbol BILI.

OneSmart International Education Group Ltd. is the largest K-12 after-school education service provider in China (in terms of revenue in 2016 and 2017). It provides students with tutoring services, education services for young children, and language and culture programs.

It operates a network of 225 study centers across 432 Chinese cities.

It will trade on the NYSE under the symbol ONE.

It will trade on the Nasdaq under the symbol OPBK.

Homology Medicines Inc. was founded in 2015 and wants to advance its proprietary gene editing and gene therapy platform to cure rare genetic diseases.

On its website, the company says its gene therapy approach could "potentially enable the development of one-time curative treatments."

It will trade under the symbol FIXX on the Nasdaq.

IBEX Holdings Ltd. offers solutions for businesses wanting to acquire and engage with customers. It can build and manage social media and organic search campaigns, and IBEX claims it has added $2 billion of lifetime revenue for their clients.

It will trade on the Nasdaq under the symbol IBEX.

Unum Therapeutics is a biopharmaceutical company that develops and commercializes immunotherapy products. These products are designed to use a patient's own immune system to cure cancer.

It will trade on the Nasdaq under the symbol UNUM.

But as we mentioned earlier, the most-hyped IPO of this group is being called the "Netflix of China."

And with $2.6 billion in revenue in 2017, there's a lot of excitement ahead of the eighth IPO to watch on our list…

The Most Hyped IPO to Watch This Week