TRON (TRX) founder Justin Sun is the latest fan of Joseph Muscat, the prime minister of Malta. On March 26, Sun said on Twitter Inc. (NYSE: TWTR) that he supports the great foresight of Muscat because of his crypto-friendly policies.

On March 23, we reported that the crypto exchange Binance had been invited by Malta's prime minister to discuss the country's policy on cryptocurrencies. In February 2018, the Malta government launched the Malta Digital Innovation Authority to provide legal clarity for companies operating in the crypto market. 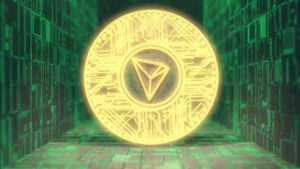 Sun also said that he is seriously considering investing and operating in Malta.

On Thursday morning, the market capitalization of the global cryptocurrency sector hit $300.12 billion.

Bitcoin comprised 44.9% of the total cryptocurrency market, with a market cap of $134.76 billion.

The top performer in the space was Mithril, which jumped another 45.19% over the last 24 hours.

More Bitcoin Warnings from the Fed

A leading voice in the U.S. Federal Reserve warned investors against Bitcoin.

Atlanta Fed President Raphael Bostic said during an entrepreneurship conference that investors should steer clear of the cryptocurrency markets.

"They are speculative markets. They are not currency. If you have money you really need, do not put it in these markets.''

Bostic's statements were reminiscent of warnings made by Minneapolis Fed President Neel Kashkari, who compared Bitcoin's 2017 price surge to the mania of Beanie Babies.

U.S. Has Most Bitcoin-Friendly Cities

Despite some of the bearish Bitcoin comments, there's good news for Bitcoin bulls...

U.S. markets are friendlier to Bitcoin and other cryptocurrencies than those of other nations around the globe.

The city of Los Angeles was rated the friendliest city for Bitcoin enthusiasts, with 145 ATMs and 878 businesses that accept the cryptocurrency as a form of payment.

The report indicated that cities in Canada and Europe are also friendly, with cities in Asia providing very little options for BTC enthusiasts.

If You'd Like to Become a Millionaire by March 31... Then you better strike now - because an obscure congressional mandate that's being fully enforced on April 1 is about to unleash a massive cash grab... and a potential 3,982% sales surge! The stipulations of this are out of control... in fact, once this goes live, you have the chance to reach millionaire status this month. You need to see this now... while there's still time.