Most cryptocurrency prices were in the red today, but TRON prices surged 10% ahead of its Test Net on March 31.

During this time, TRON will test several features to prepare its platform for widespread use. Founder Justin Sun plans to revolutionize the entertainment industry. Instead of content providers having to rely on a service like Google Play Store to sell their products, they can obtain funds directly from consumers, according to CoinCentral.com. 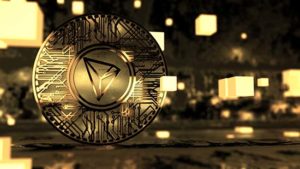 In other news cryptocurrency news, Litecoin prices fell more than 10% as part of a broader sell-off in the global sector.

The downturn coincided with news that two Japanese cryptocurrency exchanges are shutting down due to intense scrutiny in the wake of a $500 million hack. Both Tokyo Gateway and Mr. Exchange withdrew previous applications to operate with the Japanese Financial Services Agency (FSA).

Ripple, Bitcoin Cash, and Ethereum all hit 2018 lows, as the market continues to experience a dramatic sell-off.

The top performer in the space was XPA, which rallied more than 38.45% on the day.

The price of Bitcoin was back under $7,500 as investors turned to technical analysis to explain the ongoing slide.

BTC is on pace to lose about 45% for the quarter should it continue to remain at these levels through Friday.

Markets are hoping that cryptocurrency prices will pick up when tax returns start rolling in.

India has announced training programs for Bitcoin mining across 30 cities in the country. This was a surprising development given India's historical relationship with the cryptocurrency market.

Since 2013, the Reserve Bank of India (the nation's central bank) has stood in opposition to Bitcoin and its alternative rivals.

According to The Wall Street Journal, South Korean investigators are looking into claims that North Korean hackers may have been responsible for the hack that led to the collapse of Youbit.

In December 2017, the Youbit exchange closed thanks to two hacking events in eight months.

In December, hackers were responsible for the loss of 17% of the exchanges assets.

Last April, the same exchange lost 4,000 Bitcoins, which were worth tens of millions of dollars.

These Tiny Pot Stocks Could Skyrocket

In a recent interview, marijuana stocks expert Michael Robinson shared his insight on California's total cannabis legalization and delivered details on the huge gains you could have the chance to enjoy. Get the top three marijuana stocks he's watching now – and learn how to position yourself to profit – by clicking here.