Legal medical cannabis has the potential to create a $24.5 billion industry. That has investors closely watching the states that are getting close to allowing the same of recreational marijuana.

You see, as states legalize recreational marijuana, cannabis growers will need to ramp up their production, creating more demand for real-estate, growing equipment, and financing.

Strong demand is sure to boost the profits of any company involved in manufacturing equipment for the marijuana industry. Companies developing specialty lighting, indoor growing systems, and land for marijuana cultivation all stand to profit.

And that doesn't even get into the profits from distribution, financing, and protection of cannabis. 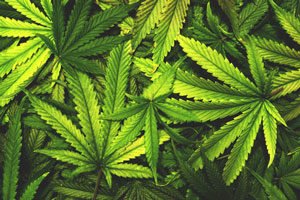 In order to get Money Morning readers in on the ground floor of this historic profit opportunity, we reached out to our contacts in the cannabis industry to determine which states will legalize recreational marijuana next.

We've also asked these contacts which states will legalize recreational marijuana next.

In fact, one of them just narrowly defeated a measure to legalize marijuana, with nearly 49% of the state's population pushing for legalization in the 2016 election.

These are next three states that will legalize marijuana, according to our research...

Wil Ralston, president of the cannabis and technology holding company SinglePoint Inc. (OTCMKTS: SING), believes that Arizona is a strong candidate for legalization.

That's because the state's last attempt to legalize recreational only failed to pass by 2% on the 2016 ballot.

And it's likely that legalization succeeds the next time the state heads to the ballot box.

According to the site Ballotpedia.com, there are five marijuana-related initiatives coming up for in Arizona for 2018, including one to expand medical marijuana access.

While Arizona is on many experts' lists for recreational legalization soon, our experts' next prediction is even bolder...

Jack Rein is the director of national services at Acology Inc. (OTCMKTS: ACOL), a company that designs, manufactures, brands, and markets cannabis products.

"Having already decriminalized cannabis and having a population that is overwhelmingly favorable to the notion, it seems most likely that Delaware will become the ninth state to legalize recreational cannabis consumption," he says.

Delaware has had a medical marijuana program since 2013, and roughly 60% of Delaware's voters support full legalization.

While Rein and Ralston disagree on which state will legalize marijuana next, our team spoke to two experts who believe that legalization is absolutely imminent in this next state...