When former Budweiser executive Tom Magee said on Feb. 7 that the marijuana industry will be "way, way, way, way bigger" than the craft beer industry, he wasn't exaggerating. 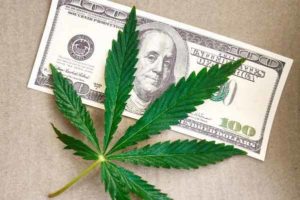 You see, much like marijuana, craft beer was a niche industry that turned into a thriving market.

And along with the growing amount of breweries, sales in the craft beer industry have skyrocketed...

But as craft beer sales nearly doubled from 2012 to 2016, investors couldn't get in on the action very easily.

Your local brewer down the street just isn't listed on the Nasdaq, NYSE, or over-the-counter markets.

That's not the case in the cannabis industry.

You can get in on the ground floor with marijuana stocks...

It's just a matter of "when," not "if," medical marijuana is legalized across the country. After all medical use is legalized, recreational legalization won't be far behind.

That's why, before the industry really takes off and reaches $24.5 billion in sales, savvy investors are purchasing their tickets for the cannabis gold rush.

By clicking here, you have the opportunity to join them...

you keep asking me to sign up, i am already signed up I want to hear about my stocks that I paid for

I agree. I didn't sign up to buy an additional program each day or two. I signed up to get good information on
which stocks you recommend I buy.
Start performing.

I agree, signed up last year, I also want to hear the stocks to buy

I agree, it's always another comeon to pay for the lead.

Ditto! All we get are MORE ads & mailboxes flooded with even more money newsletters

Mr Robinson; I have 20 roadmap stocks that I bought around 12/1/17. OK for a bit but now under water. U keep saying how well they will do but they keep going down. I am ole man. 72 and still have patience but please tell me if I need to take my hit and move on. Respectfully. Ole Man Bob

The article by Barron's has really killed the pot market
for the last 3 days. It was totally unnecessary as anyone buying marijuana stocks are buying futures. (Look at TSLA. what are the buying?)
Current prices may seem high in relation to last year's
(2017) sales and earning, however, they will all be
higher at the end of 2018. The article particularly point
out TWMJF and ACBFF as being priced to high. They
failed to mention that Aurora has already reported Q1
2018. Their sales and gross profit doubled quarter
over quarter Q1 2018 vs Q4 2017. I have every reason
this is going to continue for a year or so. How many
times does 1 cent have to double to be a million
dollars….. 11 times. These companies may not double
11 quarters, but they will do very well, even into next
year. The only reason I can think of that Barron's
would run such an article with misleading facts is that
they wanted the price to decline to a point that they
could afford a few shares.

For those of you that do not know what to buy…. go
with the leaders. Both Canopy and Aurora are good
candiates. There are others. I would not do Penny
stocks. Reason… you don't know what you are getting.
Example: a used car company is Canada changed it
name and applied for a Marijuana license. It's stock
went straight up and came straight back down. You
would have to be really quick to capture profits. Do
you want to buy that or an established company
building one million SF of up to date green houses to
furnish marijuana for their international trade? Stick
with the winners that you know will be there for the
long run. I think you will see some $100 stocks by the
end of the year (no thanks to Barron's).
Another example I saw was a company the Gurus like
to point out went from $32 to $325. They didn't tell you
that you could buy it last week for 19 cents.
Beware the wolf at the door, but this is a great place to
be for the next year or so.
All the best and good investing.