The Dow Jones today traded over 100 points lower after China announced on Sunday that it plans to impose tariffs of up to 25% on 130 U.S. exports. According to the Chinese government, these tariffs are meant to act as a limited response to the Trump administration's recent steel tariffs that, according to a statement from the ministry, "produced severe damage to [China's] interests."

With economic uncertainty growing across the globe, many investors are looking for reliable industries in which to seek profit. Money Morning Executive Editor Bill Patalon recently sat down with Money Morning Global Energy Strategist Dr. Kent Moors to discuss the surprisingly large profit opportunities hiding in oil investment. Check out what they discovered here… 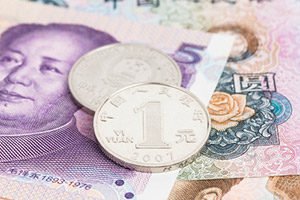 Last week, members of Congress passed an emergency $1.3 trillion bill to keep the lights on in Washington. Now, we're starting to find out what was in the 2,200 pages that many congressmen failed to read. After close reading these 2,200 pages, we discovered one little, key change in public policy that could provide a massive windfall to investors. As Money Morning Michael Robinson explains, this change will help turbocharge profits in the emerging marijuana industry. Learn how you can make a fortune on this unstoppable trend… right here.