It looks like one of the newest strategies to raise money from an initial coin offering (ICO) is to name your coin after an Internet giant.

According to CoinDesk.com, the Alibabacoin Foundation wants to raise $3.5 million for its ICO, and it appears it is in the second stage of its coin offering. 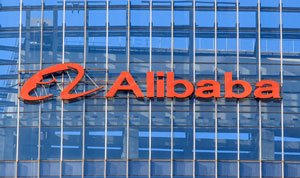 However, Alibaba Group Holding Ltd. (NYSE: BABA) says it has nothing to do with Alibabacoin.

On April 2, Alibaba submitted a complaint through the U.S. District Court for the Southern District of New York, and the Alibabacoin Foundation has received a temporary restraining order

In Bitcoin news, prices hovered below $7,500 on a day that included a few key headlines in the cryptocurrency space.

Reports also emerged from Japan that online brokerage firm Monex is considering a deal to purchase Coincheck, an exchange that made headlines in January after a devastating hack attack.

Cryptocurrency analysts see the deal as a gateway for future mergers in the brokerage space to absorb crypto exchanges and bolster retail investor confidence.

On Tuesday, the market capitalization of the global cryptocurrency sector sat at $281.30 billion.

Bitcoin comprised 45.2% of the total cryptocurrency market, with a market cap of $127.0 billion.

The top performer in the space was Verge, which gained 53.72%.

It's been a brutal year for cryptocurrency hedge funds.

Bloomberg reported that at least nine cryptocurrency hedge funds shut down so far in 2018. The list included the widely hyped Alpha Protocol.

Wealth managers rushed into the space last year as Bitcoin prices surged to a record high of $20,000, but Bitcoin's steep decline in recent months has facilitated the shuttering of funds.

According to data compiled across multiple exchanges, Bitcoin prices plunged by roughly 50% in the first quarter.

Many Bitcoin bears are not betting on a significant rally to alleviate the pain from last quarter. This week, a group of Swiss researchers claim that Bitcoin will plunge by another 37% based on "Metcalfe's law."

This rule is based on Ethernet founder Bob Metcalfe's theory that "the value of a network is proportional to the square of the number of nodes."

The researchers believe that this is a fundamental way of valuing Bitcoin today and in the future.

A tiny company's game-changing device has just been approved by the FCC... and it's set to spark the most monumental technological transformation you'll ever see.

This is the only device of its kind to receive this historic approval, and the floodgates are set to open any minute.

With one tiny company at the heart of this revolution, even a small stake could reward you with astronomical gains.

You need to hurry if you want to find out how to take advantage of this ground-floor profit opportunity...