The Dow Jones today traded 170 points higher in pre-market hours, as investors took stock of Monday's brutal sell-off. The Dow fell 458 points to start the second quarter as investors grow more concerned about a potential trade war between the United States and China. The Dow is now trading down over 4% for the year.

With Wall Street's fear gauge rising to a recent high after Monday's sell-off, many investors are wondering whether they should cut their losses and leave the markets. As a veteran investor, Money Morning Chief Investment Strategist Keith Fitz-Gerald has grappled with this question many times before - and has found a surprisingly simple answer. Check out Keith's solution to market anxiety here... 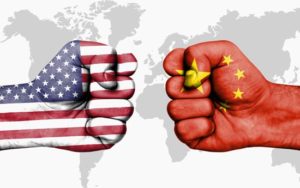 The Spotify IPO will happen today, April 3, 2018. But investors are making a mistake if they are buying into this company. Instead, we have a better profit play for Money Morning readers. It's a proven winner that could climb 28% over the next 12 months, and that doesn't even include a $2.52 dividend (1.46%). If you're serious about making real money, read this.