Editor's Note: Markets are down significantly today in the wake of escalating trade war tensions between the United States and China. In order to help your protect your investments, I'm sharing Money Morning's stock market crash protection strategy with our readers. Our plan will help you avoid losses - and even profit - as the markets drop.

The Dow Jones today dropped 500 points in pre-market trading after China announced new tariffs on 106 American exports. The new tariffs impose a 25% levy on American automobiles, whiskey, and other products. With the new tariffs likely to impact upward of $50 billion in annual U.S. exports, both American farmers and manufacturers are expected to take a significant hit. China has not said when these tariffs would go into effect, but the effects were immediately felt in the equities markets, with all major indexes in the red as of this writing.

Now here's a closer look at today's most important market events and stocks to watch today. 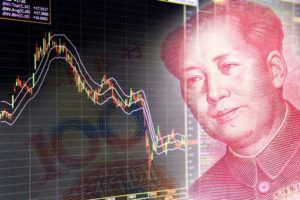 Money Morning Liquidity Specialist Lee Adler has been warning investors about problems at the U.S. Federal Reserve and the U.S. Treasury. The mismanagement of public spending combined with huge changes in tax policy is creating major problems in the bond markets and stock market. Now, with a liquidity crisis on deck, a death spiral could begin in the market at any minute. Here's what you need to know, and how to protect yourself moving forward.

"Trouble Is Brewing": According to Bloomberg's latest report, America could be heading for an economic disaster that would rival the Great Recession. Billionaire Ray Dalio's hedge fund - Bridgewater Associates - has made a $22 billion bet against the market. And Citibank calls our present situation "eerily reminiscent of the mortgage crisis." To see why we believe some of the richest players in the world are preparing for a market collapse, click here.