But there's a very bullish NEO price prediction for 2018 that was just released, which we're going to share in just a bit. 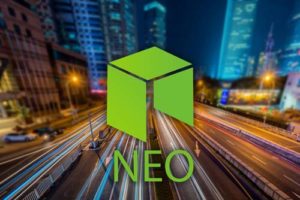 First, the price of Bitcoin fell, as the dreaded "death cross" reappeared on technical charts around the globe.

Bitcoin's downturn continues after markets digested news that the coin had its second-worst quarter on record in Q1 2018.

That downturn, however, hasn't stopped Bitcoin bulls from making lofty projections in the year ahead.

Fundstrat founder Tom Lee has stuck by his aggressive projection of $20,000 and argues that the worst of the downturn in recent months could be "largely over."

Lee believes that three "major publicly traded corporations" will issue native digital tokens this year, a move that he believes would further legitimize cryptocurrencies in the eyes of institutional investors.

The top performer in the space was ZCoin, which climbed 238.44%.

Today, Ethereum co-founder Vitalik Buterin generated headlines after he called out Craig Wright for what he argued to be "blatantly false" claims about "Selfish Miner Theory."

Buterin concluded a short rant about mining by calling Wright – who has previously claimed to be Bitcoin founder Satoshi Nakamoto – a "fraud" and questioned why he was allowed to speak at the conference.

On Tuesday, Brainard called out Bitcoin and other cryptocurrencies for introducing extreme volatility to the market.

She also said that cryptocurrencies come with "important investor and consumer protection issues, and some appear vulnerable to money-laundering… concerns."

However, she did note that Bitcoin did not represent a broader threat to the U.S. economy during a speech in New York City.

If You're Not Making Millions of Dollars with Cryptocurrencies… You Could Be. Click here to discover the tiny coin that will soon be BIGGER THAN BITCOIN… and how to claim YOUR cryptocurrency fortune while you still can.

Now, as promised, let's take a look at that bold NEO price prediction…