Recreational cannabis is estimated to create an industry worth $24.5 billion by 2021. In order to tap into that potential, we're bringing you the three states that are most likely to pass marijuana legalization next.

You see, marijuana legalization will not only create a booming market for cannabis producers, it will be a boon for any industry involved in the growth, harvest, and transportation of recreational cannabis.

Companies that produce specialty lighting, manage real estate for cultivation, develop indoor growing systems, and play a role in product shipping are set to benefit from expansion of the legal marijuana industry. 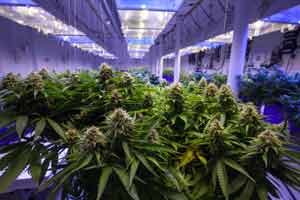 And this list is by no mean exhaustive - industry financing, security, and commercial distribution could offer even greater profit opportunities.

In order to prepare our readers for the potential windfall, the Money Morning team has reached out to its contacts in the cannabis industry in order to find the next states to legalize marijuana.

We talked to company presidents, CEOs, and industry experts who lead the marijuana industry and honed in on three states that are likely to push for marijuana legalization next.

Here are the next three states on the verge of marijuana legalization according to our analysis, plus a way to profit from these catalysts...

Industry expert Wil Ralston believes that Arizona is a prime candidate for marijuana legalization. Ralston is the president of SinglePoint Inc. (OTCMKTS: SING), a cannabis and technology holding company that focuses on acquisitions of small- to mid-sized companies in the cannabis industry.

Ralston sees Arizona as the perfect candidate for legalization, because the state barely failed to pass marijuana legalization during the 2016 election.

Ralston is confident that Arizona will follow through with marijuana legalization in the 2018 election, creating a perfect opportunity of investors to reap immense profit from the new recreational cannabis industry.

While Arizona is a likely candidate for legalization, our next expert has an even bolder prediction...

Jack Rein is a director for Acology Inc. (OTCMKTS: ACOL), a worldwide design, manufacturing, branding, and sales firm that caters to the marijuana industry.

Rein predicts that, of all the states considering marijuana legalization, Delaware is the nation's No. 1 candidate.

Rein previously stated that "Having already decriminalized cannabis and having a population that is overwhelmingly favorable to the notion, it seems most likely that Delaware will become the ninth state to legalize recreational cannabis consumption."

Both Rein and Ralston are betting on different states to come through with marijuana legalization in the near future. However, we spoke to two industry experts who believe there's only one state where legalization is imminent.

Wondering when New York will be ready for full recreational cannabis legalization, & just what is obstructing such an outcome at this time.

What is the ticker for
Keef Brands?