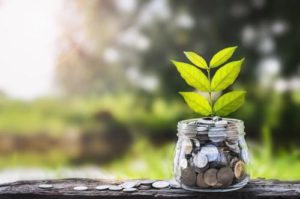 Unfortunately, that trend has ended. Since peaking in January, the Dow has slipped 10%, while volatility has skyrocketed. The VIX is up almost 100% in 2018 alone.

That kind of volatility breeds fear in many retail investors. But it can also create a massive profit opportunity for those who know where to look.

That's why we're bringing you three of the best investments to make during times of extreme volatility.

Before we get to today's picks, here's why the markets have been so turbulent in 2018...

Market Volatility Has Been the Biggest Story of 2018

It's enough to turn even the strongest stomach.

Why the volatility? Pundits can blame trade wars. They can blame the U.S. Federal Reserve and its rising interest rate campaign. And they can even blame the market itself, which was long overdue for a meaningful pullback.

Indeed, the last 5% pullback happened just ahead of the election in 2016. The last 3% dip ended almost exactly one year ago. Forget about the last 10%. That was more than two years ago.

Despite several global technology companies getting hit by bad news all at once, the road to wealth is still paved by tech. That's what you will hear Money Morning Director of Technology & Venture Capital Research Michael Robinson say to his subscribers repeatedly.

In other words, some of the best tech companies went on sale this year. And as the Oracle of Omaha, Warren Buffett, believes, the time to buy is when other are fearful.

And they sure are fearful now.

Robinson says investors will be rewarded very handsomely for picking up some of the top names in tech right now.

However, because the news seems to be rife with problems for individual companies, the best investments are tech-focused exchange-traded funds (ETFs) that have solid histories of crushing the market.

You see, ETFs track baskets of stocks, which protects against major problems affecting any one of them.

And these are Michael's top three picks right now...

Best Investments for Volatility, No. 3: