The Dow Jones today is down over 200 points after U.S. President Donald Trump directed American trade officials to develop $100 billion in additional tariffs on Chinese exports. President Trump's move is the latest in an increasingly aggressive trade war that has seen economic relations between the world's largest economies deteriorate. China's Ministry of Commerce announced that the Chinese government "will immediately fight back with a major response," strongly indicating that the global crisis will continue to escalate.

As volatility continues to rack markets, wary investors are wondering if the historic, nine-year bull market may finally be coming to an end. Money Morning Chief Investment Strategist Keith Fitz-Gerald believes that these investors might be on to something. According to Keith, a few key market indicators look eerily similar to the ones he saw on the eve of the 2007 financial crisis. Check out Keith's findings and his advice for protecting your investments here... 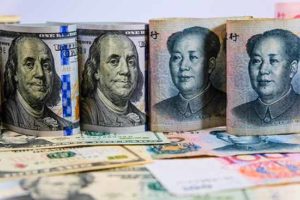 Recreational cannabis is poised to become a $24.5 billion industry by 2021 thanks to marijuana legalization in certain states across the country. The Money Morning team has reached out to its contacts in the cannabis industry in order to find the next states to legalize marijuana. We've determined that these three states will be next to legalize marijuana. More importantly, we've found a few stocks that could make you a millionaire with just a tiny investment before this industry hits its stride. Read more here.