You don't need me to tell you that Bitcoin had a horrible first quarter.It's down 65% from its mid-December highs.

Thankfully, I was able to warn you away from buying more of the digital currency at that time.

But things are changing – and Bitcoin is going to rebound at any moment. 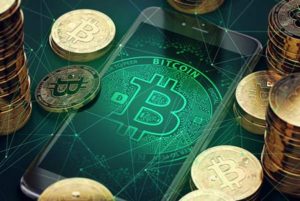 You've likely heard that large investors like George Soros and the Rockefellers are starting to buy in… that supply is dwindling as miners continue to "dig up" more coins… that Bitcoin is starting to act as a "safety currency" in failed states like Zimbabwe and Venezuela… and that, as the "first mover" in cryptos, Bitcoin will maintain its "essential" status as e-currencies and blockchain technology become mainstream.

But all that is nothing compared to the massive system upgrade to Bitcoin that's poised to go live any day now.

That's why I've spent the past few months researching this Bitcoin "fix" – and the numbers I've put together show how Bitcoin could soar to $100,000 thanks to this tailwind.

During this free event, I'll tell you all about the system upgrade that could send Bitcoin to $100,000. Plus, I'll show you the moves you need to make right now to get yourself in a position to make this fast fortune – and I'll show you three more "penny cryptos" set to explode.

I've scheduled this summit this week, so you need to mark your calendar for it now.

Space is limited, so go here now to reserve a spot.

We'll send you your special "The Bitcoin 20× Summit" reservation and instructions on how to attend right away.