Since 2012, congressional leaders have pushed to roll back banking regulations in an effort to turbocharge financial growth.

But according to Money Morning Capital Wave Strategist Shah Gilani, Congress has gone too far in its efforts to free up the financial industry.

In fact, there are strong indicators that Congress is actually setting the stage for the next financial crisis.

We shouldn't be surprised. After all, this is nothing new...

"It's no surprise that Congress is pushing bank deregulation," Gilani said. "After all, it's a midterm election year, and both parties want bank and financial services money directed their way." 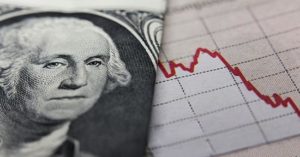 According to Shah, while these repeals will benefit the big banks in the short term, they could be disastrous in the long term.

"It's not hard to envision them coming up with new and interesting ways - and some old 'classic' ways - to leverage up their balance sheets in pursuit of profits and blow themselves up again," Gilani said.

And the numbers suggest it's already happening. The financial industry's average return on equity is 14% - already 3% higher than the average ROE before the 2008 financial crisis. In fact, the current ROE is growing at an average rate of 28% - a rate of growth that may be unsustainable in the long term and dangerous for the economy.

With banks choosing their profits over the health of the financial system, it's clear Wall Street and Congress are paving the way for the next financial crisis.

But you don't have to be a victim of their greed...

Shah is looking at ways investors can protect their money, and even profit, from the "boom and bust" mentality in Washington and on Wall Street...

Let's take a closer look at how Congress is paving the road for the next financial crisis and how you can best protect your money (and even profit)...

Two Legislative Bills Could Create the Next Financial Crisis

Both bills are designed to strip away the safeguards preventing our financial system from going up in smoke.

You see, the House's bill seeks to repeal a statute put in place by the 2010 Dodd-Frank act that labeled banks with $50 billion or more in assets as "systemically important financial institutions." These banks were required to keep enough cash on hand to ensure they could meet their debt payments during another financial crisis.

Repealing this measure would reduce the number of "systemically important" banks from a current 38 to a grand total of eight. These 30 other banks maintain a combined $5.3 trillion in assets - 25% of all of the assets of the financial sector.

The House bill makes imposing additional regulations on these 30 deregulated banks far harder for lawmakers. That basically ensures these banks can take on the same sort of leveraged risks they did before the 2008 financial crisis.

The Senate bill loosens regulatory freedoms even more. It raises the level of assets a bank needs to qualify as a systemically important financial institution to $250 billion - a 500% increase over the current threshold.

As result, any bank that controls less than $250 billion in assets would no longer be subject to oversight.

Shah believes this sweeping deregulation will lead banks toward the destructive behavior that took down the global economy 10 years ago.

"The problem with deregulating big banks and financial services companies, which are essentially shadow banks, is they compete against each other and constantly need to increase the scale of everything they do to grow revenue and profits to be able to compete," he says.

"With increasing scale a necessity and banks given leeway to get bigger while lightening their regulatory burdens, it's just a matter of time before their drive for revenue and profits manifests outsized schemes to meet financial goals."

And Shah sees signs that it's already happening...

According to a report from McKinsey & Co., banks are achieving the kinds of return on equity and revenue growth not seen since before the last financial crisis. While boosting profits has been relatively easy for banks recently, sustaining those profits into the future is likely to be incredibly difficult.

"The McKinsey article points out the difficulty of making money in the future will be 'complicated by three trends that are radically changing the banking landscape: low economic growth, economies of scale through digitization, and the threat of disintermediation,'" says Shah.

As banks struggle to increase their bottom lines, they're likely to resort to dangerous financial practices, setting the stage for the next financial crisis.

Even with another financial crisis on the horizon, Shah has a few easy ways to protect your investments.

In fact, they could allow you to thrive as the market crashes...

Here's How to Play the Coming Financial Bubble