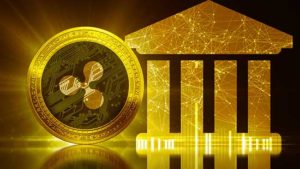 Meanwhile, the price of Bitcoin rallied another 5.3% and hovered above $8,000. The cryptocurrency has maintained its momentum a day after hitting an all-time record for volume traded in one hour.

Institutional investment from the likes of billionaire George Soros, the Rockefeller family, and the Rothschild family is helping to bring legitimacy to the crypto space.

On Friday, the market capitalization of the global cryptocurrency sector hit $326.53 billion

Bitcoin comprised 43.3% of the total cryptocurrency market, with a market cap of $137.15

The top performer in the space was Golem, which popped more than 67% over the last 24 hours.

Bitcoin Bulls Out in Force

Also in Bitcoin bull news, Fundstrat co-founder Thomas Lee predicted on CNBC that Bitcoin will finish the year at $25,000.

Lee says that Bitcoin has been "incredibly oversold" and blamed tax selling as a major reason behind why cryptocurrency prices have slumped over the last few weeks.

"Believe it. They're going to think you're crazy, but believe it. It's happening and it's going to be awesome!"

Michael made a prediction about Bitcoin way back in 2013 – and folks who followed his advice stood to become 253 times richer. We'd venture to say not one in 10,000 people is aware of the massive profit potential unfolding right now.