Bitcoin (BTC) prices climbed above $8,000 in what could be considered a "Tax Day" bounce for investors.

Markets had been monitoring capital flows in and out of Bitcoin with the deadline for filing in the United States today (April 17). 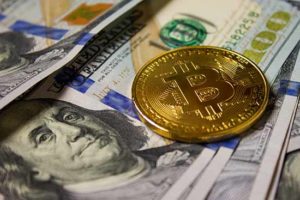 As we previously reported, Thomas Lee, of Fundstrat Global Advisors, believed Bitcoin prices dropped in Q1 2018 thanks to tax season.

According to his April 5 report, U.S. households likely owed $25 billion in cryptocurrency capital gain taxes. To pay it off, Bitcoin holders may have been selling off some of their coins since the start of 2018.

The company's top executive on regulatory relations, Ryan Zagone, called on British regulators to reexamine their "wait-and-see" approach to cryptocurrencies.

"We're at that time now where we need more clarity and rules and we need more certainty," Zagone said in an interview with the The Telegraph.

On Tuesday, the market capitalization of the global cryptocurrency sector hit $331.30 billion.

Bitcoin comprised 42.2% of the total cryptocurrency market, with a market cap of $137.41 billion.

The top performer in the space was Pundi X, which rallied 70% on the day.

Massive Upgrade Could Send Bitcoin to $100,000: Click Here to Learn About the Opportunity That Could Deliver a Million-Dollar Payday to Investors Who Act Now

Breanne Madigan, who once oversaw relationships for funds with $1.49 trillion in assets under management at GS, has been hired to drive business with hedge funds and other large institutional investors.

This could be a significant development, as many analysts project that competition for institutional investors will accelerate in the coming months.

Will there be a ban on cryptocurrencies in South America's richest nation?

That is the fear after Chilean banks shuttered accounts for three of the nation's largest cryptocurrency exchanges earlier this week.

CryptoMarket, Buda, and OrionX have filed appeals in court, but no one is sure whether this will be the first step in a ban of cryptocurrencies.

"It won't be possible to buy and sell crypto in a safe business in Chile. We'll have to go back five years and trade in person. It seems very arbitrary. Hopefully the appeals court will see we're right."

The Shocking Reason Why We Think Bitcoin Could Hit $100,000: At our recent "Bitcoin 20X Summit," we uncovered information that left many folks stunned – and reevaluating everything they thought they knew about the crypto market. At any moment, Bitcoin could be poised for a record-breaking rebound far beyond anything we've witnessed already. To see why Bitcoin is far from dead – and how it could make you a millionaire – go here now…