The Dow Jones today jumped 200 points in pre-market trading, as bullish investors reacted to stellar earnings reports from Netflix Inc. (Nasdaq: NFLX) and Goldman Sachs Group Inc. (NYSE: GS). Markets are likely to continue to rise on what is expected to be the strongest earnings season in seven years - largely due to strong consumer confidence and the recent tax reform law.

With earnings season in full swing, there is no better time to explore the immense profit potential of dividend stocks. In fact, Money Morning Chief Investment Strategist Keith Fitz-Gerald believes that dividend stocks are one of the best investments you can make - they essentially provide an entirely additional income stream for investors. In the run-up to earnings season, Keith put together a list of his favorite dividend stocks - check them out here...

Earnings season is now in full swing, with today's key reports from International Business Machines Corp. (NYSE: IBM), Johnson & Johnson (NYSE: JNJ), and Intuitive Surgical Inc. (Nasdaq: ISRG). Thanks to tax cuts, expectations are high. Analysts expect profit growth to top 18%, which would be the biggest jump in seven years. But there are a few bearish trends that are still lurking in the market. And if you're serious about making money, you need to know how to harness them and target individual stocks for life-changing gains. Money Morning Quantitative Specialist Chris Johnson explains. 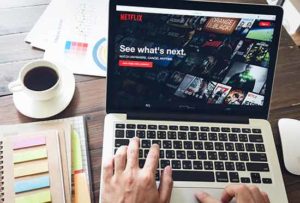