Reuters reports that the firm was planning its own initial coin offering (ICO) before the data scandal, and it would have likely raised as much as $30 million. 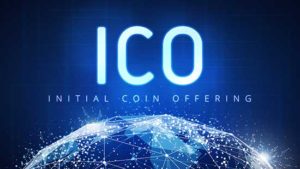 Though it remains unclear if the firm is still planning an ICO, it would be difficult to get investors to pile money into a company facing so much negative press.

On Wednesday, the market capitalization of the global cryptocurrency sector hit $337.75 billion.

Bitcoin comprised 40.7% of the total cryptocurrency market, with a market cap of $137.62 billion.

The top performer in the space was Emercoin, which gained nearly 45% over the last 24 hours.

To pay it off, Bitcoin holders may have been selling off some of their coins since the start of 2018.

But a lot of Bitcoin bulls believe the worst is behind us...

Have a look at why BKCM Funds CEO Brian Kelly and venture capitalist Tim Draper - both renowned crypto authorities - are touting 3,000% gains by 2022.

Back in 2017, Money Morning Defense and Tech Specialist Michael Robinson predicted we'd see a "major convergence" of cryptocurrencies and the legal cannabis industry in 2018.

It turns out that Robinson was dead on, as usual.

As we reported yesterday, a major cannabis company revealed in an SEC filing that it could launch a cryptocurrency token.