The Dow Jones today is on the rise for the third straight day on Wall Street. Dow futures collected a gain of over 100 points in pre-market trading, as investors continued to bet on a robust earnings season. While geopolitical tensions over Syrian military intervention and the breakdown of American trade policy continue to linger, markets are likely to move based on earnings reports for the short term.

Much of this week's market news is dominated by earnings reports from the nation's largest financial institutions. Money Morning Special Situation Strategist Tim Melvin leaned in on a few of the big banks' earning calls over the last week and discovered some surprising insights - ones that will have a direct hand in shaping the future profitability of our investments. Take a look at Tim's findings here...

Earnings season is now in full swing, with today's key reports from Kinder Morgan Inc. (NYSE: KMI) and Abbott Laboratories (NYSE: ABT). Thanks to tax cuts, expectations are high. Analysts expect profit growth to top 18%, which would be the biggest jump in seven years. But there are a few bearish trends that are still lurking in the market. And if you're serious about making money, you need to know how to harness them and target individual stocks for life-changing gains. Money Morning Quantitative Specialist Chris Johnson explains. 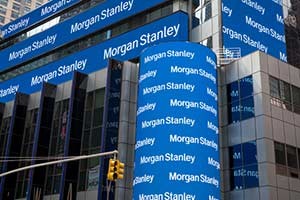